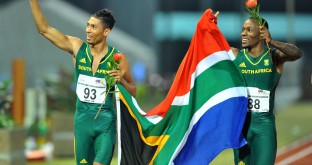 This is a piece which I wrote in response to a comment on Facebook by someone expressing irritation that we are, as he put it, “MOANING” about a book written by an unapologetic white South African woman – Rainbow Nation Navigation: A Practical Guide to South African Cultures in which she stereotypes and engages in insulting and hurtful remarks as to what constitutes ‘Coloured Culture’ in South Africa. The commenting individual, another white South African, critical of the protest voice, tells us that we should be countering by explaining what is the culture of people labelled ‘Coloured’ as if to say that it is our duty to educate the white South Africans who engage in such insult. We have no such duty….. we need to prove nothing to those who operate from a racist paradigm.

Here is simply, in the face of insult, how we can celebrate who we are as a people who are a vibrant part of South African life. Neither the stream of insults in this book nor our being labelled as ‘Coloured’ – a term that certainly does not say who we are, but rather emphasizes what we are not, will ever take away our part of the greater South African heritage and reduce it to the benal. 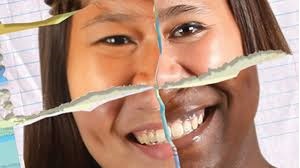 We are a people born in and of Africa, combining Indigene, Pan-African, South Asian and Southeast Asian coming together, with a touch of the qualities of those Europeans who accepted our embrace – our dna is the most diverse in the world.… “O’s is!”

We are a people inspired by the fortitude of our Indigene Khoena, San, amaXhosa and other African forebears and their ancient cultures and wisdom which beats in our hearts and soul and still stirs the passion in us which is infectious to all we encounter….”O’s is!”

We are a people of great endurance with an amazing ability to rise up above adversity having survived 14 Indigene wars of resistance over 164 years against an ethnocidal and genocidal colonial onslaught and, engaged in many acts of resistance and revolt against enslavement and the brutal existence as slaves…. “O’s is!”

We are the descendant people of the life sustaining Camissa River, with its many tributaries and springs, who, at the Shoreline Frontier, embraced and sustained all, but were brutally ravished by some…. “O’s is!”

We are proud that into the embrace of our stream came banished resisters from the territories with ancient cultures, stomped over by the Dutch VOC and, refugees and economic migrants of colour from afar –

and so many more thousands of migrants of colour who built the foundations of South Africa’s economic success, but were treated with disdain and robbed of the fruit of our labours and our intellectual contribution denied….“O’s is!”

We are conscious that without the crucial input in terms of education, skill and back-breaking labour by our forebears and ourselves, there would be neither magnificent Cape Town, nor South Africa…. “O’s is!”

We are conscious that like the river and its tributaries we and our rich vibrant culture too were forced underground and layer upon layer of alienating superstructure hid ‘the real us’ from sight…. “O’s Is!”

We are conscious of the fact that like the underground river, we the people of the water (//amma) continued to have life and vibrantly flowed and gushed forth in springs across Cape Town, and our vibrancy could never be ignored… “O’s is!”

We are proud that in the Slave Lodge of old, our forebears came up with the first foundations of an education system for South Africa; its craftsmen left us with exquisite antique furnishings and finishes on buildings that leave beholders in awe;  the first local play was written here by a slave; and the oldest piece of local education literature was bequeathed us by a slave in his own handwriting…. “Os is!”

We are aware that we continued over the centuries in our creativity; we have a legacy of creating a language – Afrikaaps which others copied; we have produce literary giants; we have a cuisine legacy – unique in first putting fusion cooking on the map when we blended African, Malagasy, Indian and Southeast Asian cuisine; we have contributed a rich legacy in dance, ballet, opera, theatre, music composition and performance, creative writing and so much more – and others copied us.… “O’s is!”

We are conscious, whether in our homes, in educational institutions, in commerce and industry, on the stage, on the sports-fields or in the streets we notably stand out exactly because of the amazing and recognizably unique stamp of our Camissa Footprint in our land…. “O’s is!”

We are known as a spiritual people who pay great attention to our spirit through our diverse expressions of faith – Christian, Muslim, Hindu, Buddhist, Animist, Syncretic or Secular and the qualities in us, born of our faith interacting with our life experiences over time, often despite great pain and tears has given us strength, fortitude, joyousness and ability to laugh at and with ourselves in rising above adversity. “O’s is!”

And when we laugh and make others laugh with our ambidextrous take on life, we are not fools, we are celebrating amazing triumphs and deep wells of tears, and our survival from lives past and present that should have crushed us but didn’t. “O’s is!”

We are painfully aware that we have have struggled quietly with the pains of substance abuse, which has a long history rooted in a tot-en-tabac system first introduce by the Dutch VOC to the 402 child slaves landed in 1658 and copied to date by farmers intent on pacifying us; we have continuously wrestled with this artificially induced cancer and while it still wreaks havoc, most of us survived…. “O’s is!”

We are a people who are family orientated and love our get-togethers and celebrating our achievement and survival, even when dysfunctionality has often blighted us through the assault of slavery on family life, massacres of our indigene forbear families and enslavement of Khoena and San children, continuous forced removals over four centuries, substance abuse and other social ills that befell us as a result of ghettoization… “O’s is!”

We are always in hearty celebration of life. We laugh because there has been too much crying. We sing and rejoice and we love and we hope – and we are noticed for it – and if you ask us why, we will tell you…”O’s is!”